Bruce will portray the fast growing movement to build with carbon, especially 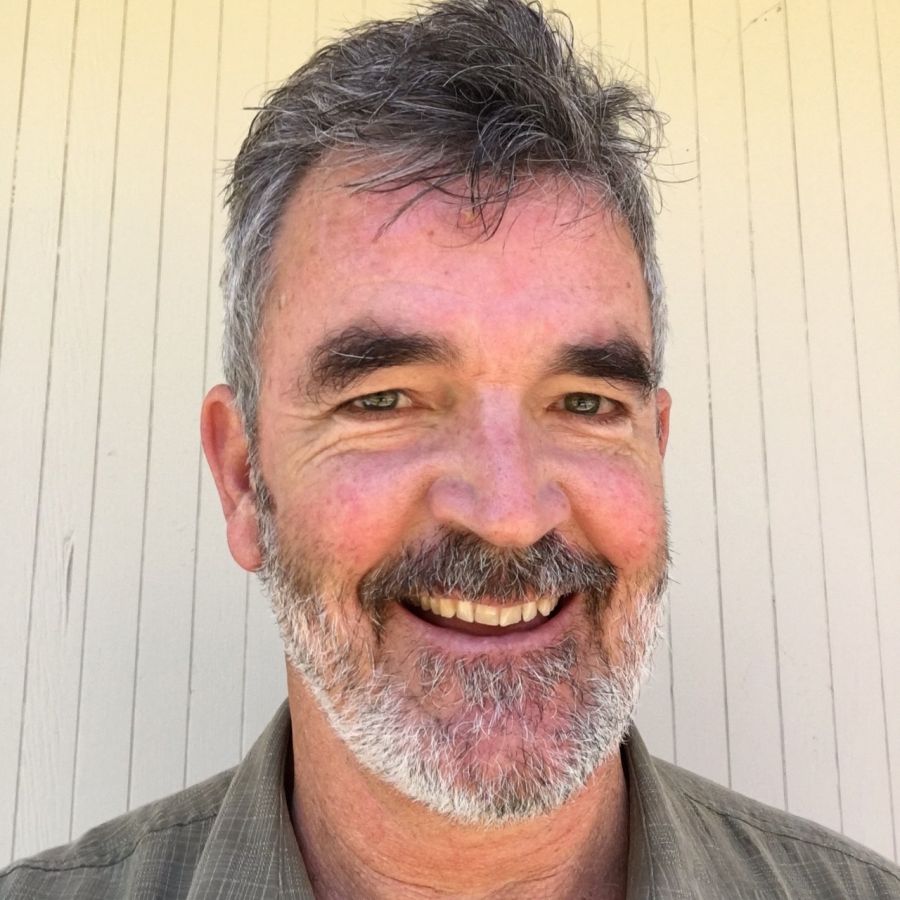 with plants from enzymes to mushrooms to straw to mass timber.  Timber framing is poised to make a huge contribution to this shifting of the built environment from a greenhouse gas emitter to a carbon sink, and we can all play a big role as climate champions.

Bruce King has been an independent structural consultant for 35 years, designing buildings of every size and type around the world. He is the author of four books and international standards for low-carbon construction, most recently The New Carbon Architecture.

Mr. King is also the Founder and Director of theEcological Building Network (EBNet), a non-profit information resource based in San Rafael, California (www.ecobuildnetwork.org). EBNet has organized theBuildWell conferences on green building materials, conducted hundreds of thousands of dollars worth of research into alternative building systems, and helped write improved building codes from California to Mongolia that have facilitated more ecologically-sound methods of building previously hampered by the codes. EBNet also hosts the BuildWell Source, a user-based online library of useful building information. 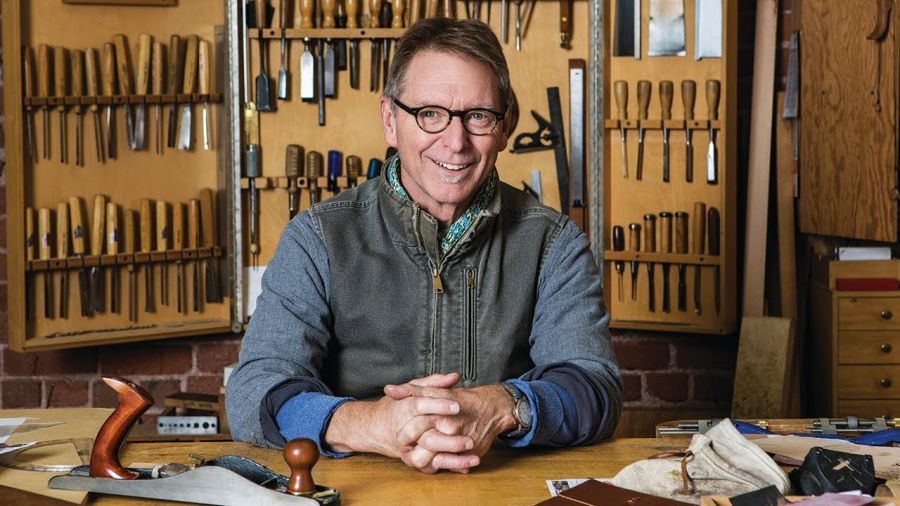 To work with our hands can be a difficult choice in this age of immediacy, the quick, the ephemeral. This path requires patience, it takes time, it demands focus. It is presumed to be the bailiwick of simpler minds not suited to creative thought. Gary Rogowski, furniture maker, author, and teacher, has another point of view in this our digital age.

His new book is entitled: Handmade: Creative Focus in the Age of Distraction. Please join us for his discussion on the value of doing work as if it mattered, on taking a chance on our creativity, and for using our hands to help us think and engage with the world. His book argues for the need for individuals and for cultures, if they are to remain creative, to stay curious and engaged with the physical world as a means of thinking more clearly. He will address the value of failure and the need for forgiveness in any journey to becoming a master. Part memoir, part stories from the bench, these stories speak to us all.

Gary Rogowski, the Director of The Northwest Woodworking Studio, opened the doors of his shop to offer classes to the public in 1997. As a teacher and builder of fine furniture in Portland since 1974, he has a wealth of information and knowledge to share with others. His goal in opening the Studio was to create a place where people could build work that was well designed and well made. Furniture that had honesty to it and soul.

As Director and teacher,Gary focuses on traditional hand tool techniques but emphasizes contemporary design strategies. This combination offers his students tremendous creative leeway as well as the skills to build these designs.

Gary has spent most of his life in Portland having migrated from Chicago to attend Reed College. He earned a degree in literature but found a career in woodworking more to his liking. His work has made its way into shows and galleries throughout the country including the Contemporary Crafts Gallery, Artquake in Portland and The Real Mother Goose. He participated in the Table Lamp and Chair Show series, had a piece in the Oregon Biennial at the Portland Art Museum, and was the recipient of an Oregon Arts Commission Crafts Fellowship. He has worked with clients for both private and public commissions including work for Temple Beth Israel, St. Juan Diego, the Oregon Forest Service, and the Oregon State Archives.

Gary has established himself as a force within the woodworking community. Not only has he has been building furniture since 1974, he is also frequent contributor to a number of woodworking magazines. His acclaimed book The Complete Illustrated Guide to Joinery was released by Taunton Press in 2003 and still remains a valuable resource for woodworkers. Other publications include the DVD Router Joinery and a number of videos on Mortise and Tenons, Plywood Drawers, and Router Joinery.

Thomas Robinson is the Founding Principal of Portland, Oregon, firm LEVER Architecture. His practice is dedicated to the creation of buildings and spaces that elevate human experience. Robinson is pioneering the use of Cross-Laminated Timber (CLT) in the United States with Framework, a project slated to become the first wood high-rise in the US; and Albina Yard, the first building in the US made from domestically-fabricated CLT. His other significant completions include student housing for the Pacific Northwest College of Art, campus planning and design for major entertainment companies in Southern California, and the L’Angolo Estate Winery.

In 2017, LEVER was named to Architectural Record’s Design Vanguard and the Architectural League of New York’s Emerging Voices. The firm’s work has been published in The Atlantic, The New York Times, Surface, and Dwell, among others; and was recently featured in “Timber City,” an exhibition at the National Building Museum in Washington, DC. 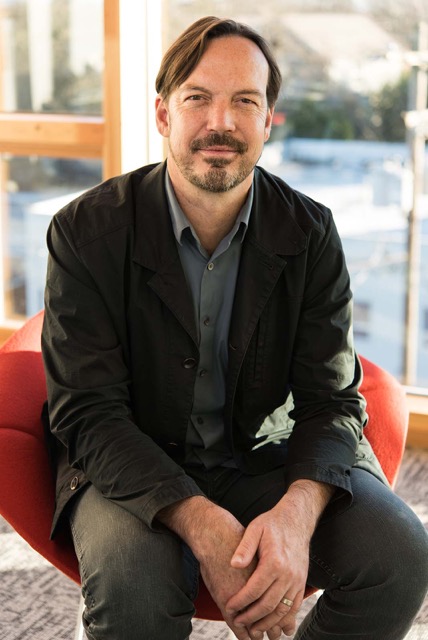 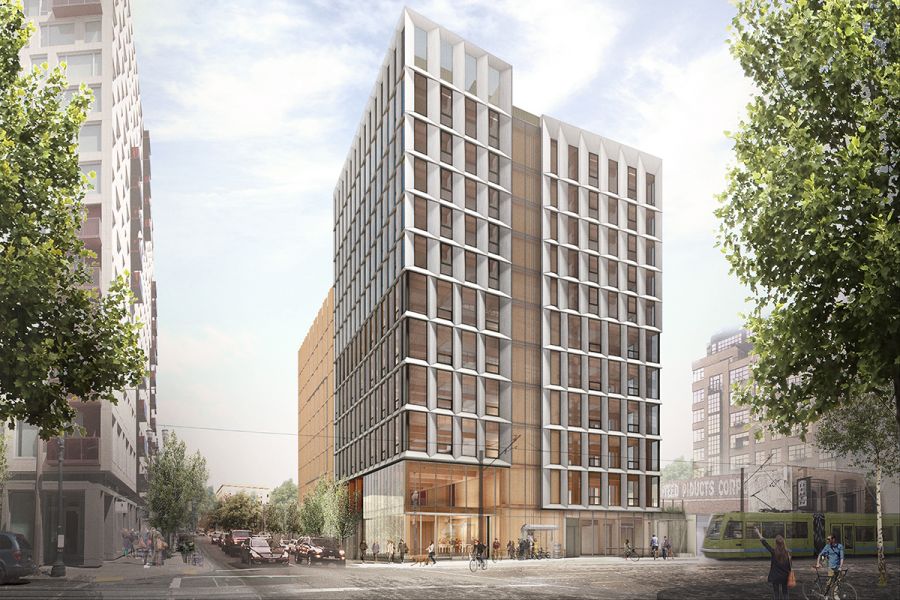