Nominations Now Open: 2018 Board of Directors 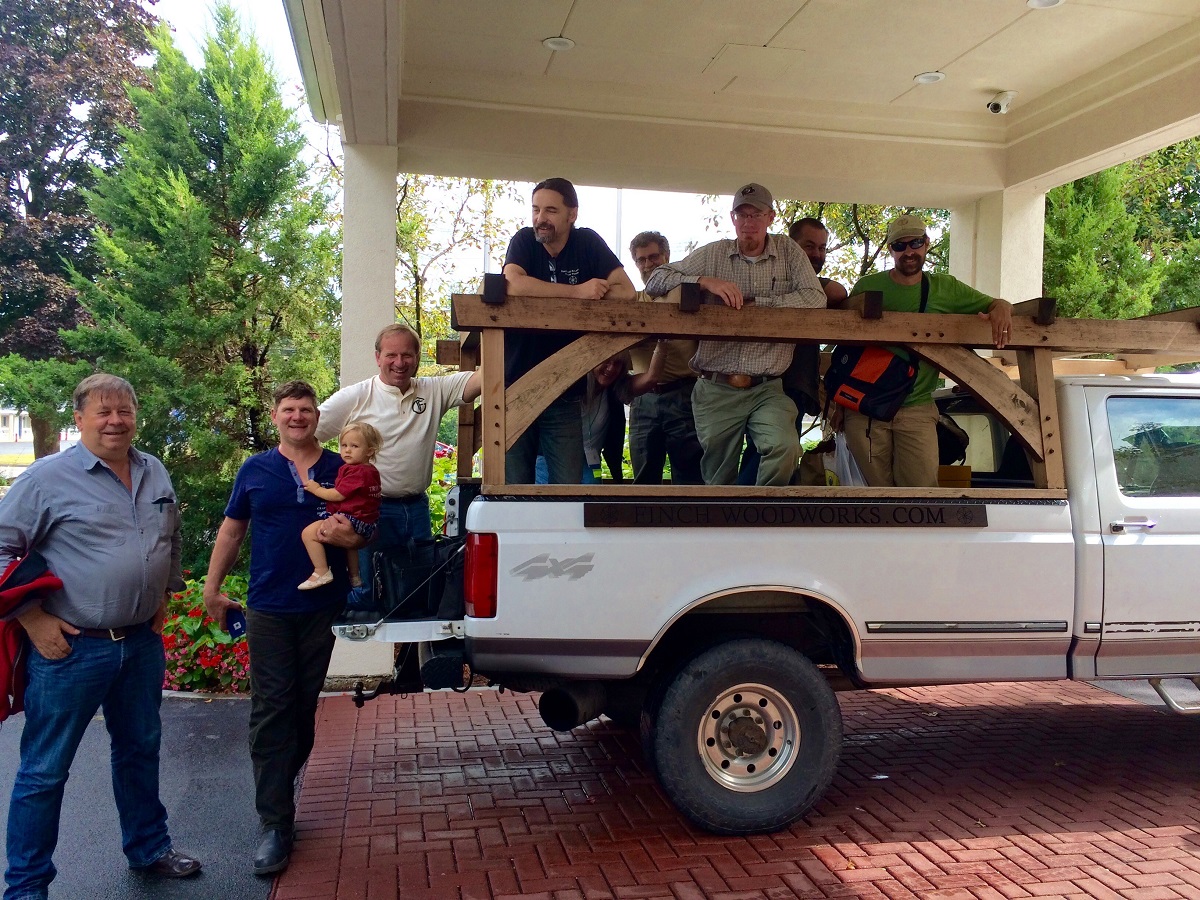 In an effort to encourage a more thoroughly representative slate of candidates, the Nominations Committee asks that members submit nominees for positions on the 2018 TFG Board of Directors “by petition.” This is a provision of our bylaws intended to benefit members.

The Nominations Committee asks that the names of potential nominees be submitted to govcom@tfguild.orgon or before September 10, 2017, along with the names of ten (10) members in good standing who endorse the nominee.[1] Petitions may also be submitted by US mail to the Guild office in Bellingham, Washington, but must be postmarked by September 10, 2017. All nominees and their endorsers must be Timber Framers Guild members in good standing.

Assuming that petitioned nominees are willing to run for the board of directors, their names will automatically be included on the slate. The Nominations Committee will submit its own slate of names to the Timber Framers Guild Board of Directors for approval; this slate may or may not include names of those who have been submitted by petition. The Nominations Committee intends to submit a slate to the board of at least two more candidates than there are seats open on the board. All names submitted by petition will be included in the final slate without distinction from those names submitted by the Nominations Committee. There are four (4) open seats for the term beginning January 1, 2018, and ending December 31, 2020.


About the Board of Directors

From the bylaws of the Timber Framers Guild:

Article III
Board of Directors

Section 1. General Powers. The affairs of the Guild will be managed by or under the direction of its Board of Directors (individually “Directors” and collectively, the “Board”) and such staff as the Board may employ.

Section 2. Number and Qualifications of Directors.

Position Descriptions for Officers & Members of the Board of Directors

Accountability. The officers of the board of directors include the president, vice president, past president, clerk, and treasurer. Each of the officers of the board shall be accountable to the board of directors and to the members of the Timber Framers Guild at large. The board and its officers may delegate one or more duties listed below to the executive director, Guild staff, or board members as appropriate, but accountability for those duties remains with the director(s) or the officer(s) responsible for the duty.

Fundamental to the position descriptions contained in this document is the philosophy that members of the board of directors are responsible for developing and maintaining the vision, values, and mission and setting the strategic direction of the Guild. In that regard, they serve an oversight role to the Guild’s professional staff. As defined elsewhere, the executive director has responsibility for management of the staff and execution of board directives.

President
As defined in the bylaws of the Guild, the duties of the president are to:

Additional duties and responsibilities of the president, any of which may be assigned to the vice president at the president’s discretion, are to:

Vice President
As defined in the bylaws of the Guild, the duties of the vice president are to:

Additional duties and responsibilities of the vice president shall be as assigned by the president.

Past President[2]
The past president is not currently recognized as an officer in the bylaws, hence no duties are
listed in that document.

As a new officer of the board, the duties and responsibilities of the past president are to:

Additional duties and responsibilities of the past president shall be as assigned by the president.

Clerk
As defined in the bylaws of the Guild, the duties of the clerk are to:

Additional duties and responsibilities of the clerk are to:

Treasurer
As defined in the bylaws of the Guild, the duties of the treasurer are to:

Additional duties and responsibilities of the treasurer are to:

Members of Board of Directors
As defined in the bylaws of the Guild, the duties of the directors (individually and collectively) are to:

Additional duties and responsibilities of the directors are to:

Reference Documents
The duties and responsibilities contained in the following documents are adopted as applicable to the officers and directors of the board by reference:

[1] Although it seems early in the year to begin considering nominating candidates for the board of directors, the process of nominating and electing new members is a lengthy one and it is time to begin again. With the passage of our new bylaws earlier this year, the Governance Committee spent some time reviewing the nominations process and policy. Although we made no substantive changes to the policy, we did refine the process and timeline for nominations. In the past, the Nominations Committee (now part of the Governance Committee) had reached out to members for suggestions of potential board members to be added to the slate. The committee reviewed these suggestions and forwarded recommendations for a slate to the board for approval. The consequence of this procedure is that not all of the suggested names would necessarily appear on the proposed slate. By the time the board-approved slate was announced to the voting membership, the process of members submitting additional names by petition became cumbersome in relation to the necessary timeline of the elections process.