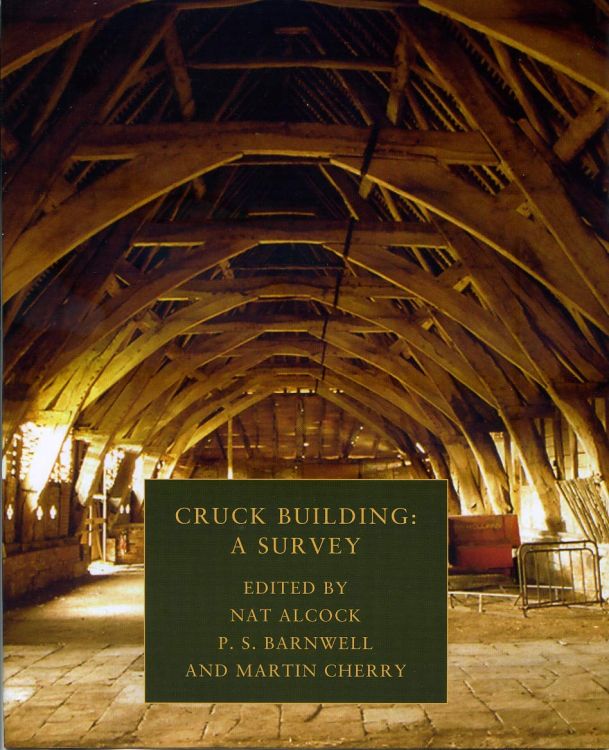 Crucks are principal timbers spanning from the ground to the roof apex (in the case of ‘full’ crucks), a significant component of vernacular architecture in Britain. More than 4,000 such buildings survive today, including cottages, farmhouses, manor houses, barns great and small, and even a few churches, with dates ranging from 1262 to 1742. This book has evolved from a conference held at Rewley House, Oxford, in 2017, which reviewed our knowledge of cruck construction, last surveyed in 1981. The book covers the whole of Britain though there are references to crucks in Ireland and mainland Europe. There are fifteen essays by leading architectural historians of the vernacular, the editors contributing to more than one paper, some providing conceptual overviews of construction methods, definitions, trees and documentation. The contributors are Nat Alcock, Daniel Miles, Mark Gardiner, Bob Meeson, Nick Hill (on the East Midlands), Martin Roberts (on Northern England and Yorkshire), Peter Messenger (on Cumbria), Duncan James (on the Welsh March or West Midlands), John R. L. Thorp (on Devon), Richard Suggett (on Wales), Piers Dixon (on Scotland), Martin Cherry, Peter Thompson, and P. S. Barnwell. This wonderful book is heavily illustrated with over 400 photographs, fantastic technical diagrams, all to scale, and revelatory distribution maps.