For the Farm and Wilderness Camp, the Guild built a 30 x 48-ft. two-story barn with a 12:12 roof: pretty steep. This project may be a pinnacle of sorts for the Guild: an enormous number of children were involved in creating and raising the frame. The main deck of the barn was built by many groups of young people under close supervision, 30-40 kids at a time: hundreds, total. Kids participated in building the frame itself as well. A professional development workshop was part of the project. 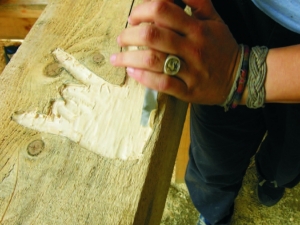 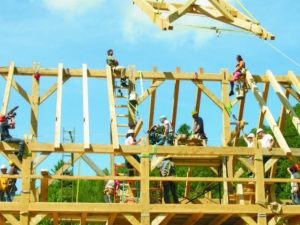 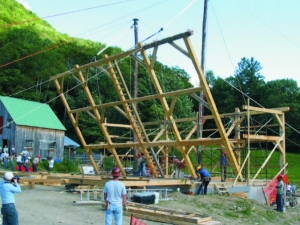 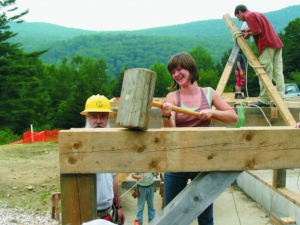