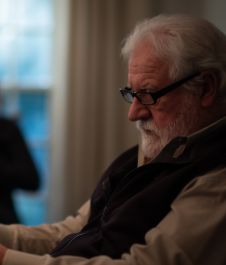 My first introduction to timber frames was when I was a teenager whose summer  jobs included putting up hay and straw (there is a difference) in the lofts of some massive local barns.  I didn't really appreciate the work these structures were doing until later in life, probably after I had earned my engineering degree, by steadfastly holding those bales until they could be used, one by one, to bring the animals through what at that time were the snowy months of a Michigan winter.  Even though those barn would likely not survive a modern engineering analysis they did their jobs year after year after year until they finally met their demise in the interest of urban sprawl, but I digress.

It was in about 1977 that old friend and college roommate Frank Baker suggested we investigate building timber frames as a means of putting food on the table and addressing that itch we both had to create things.  After testing the theory over the next couple years by building Frank and Brenda's barn and then first house, neither of which, I suspect they would agree, were ever quite finished the die was cast and "Riverbend" was born.

I was a principal  at Riverbend for about twelve years before selling my interest to the Bakers.  During those early years we, like others, were trying to unearth the secrets of this ancient but nearly abandoned craft.  The search for ideas and answers in those early years often put us in touch with others, mostly in the East, who had chosen this same journey.  One in particular was old friend Ed Levin who we miss greatly.  Little did we know it at the time but those frequent calls, conversations and sharing were really laying the ground work for the Guild.  It was 1985 when conversations turned to critical mass and we met to formally create this great international community.  That first gathering included many Canadians, like another hero of mine Doug Lukian also gone far too soon, who showed some jaw dropping timber creations.

After leaving Riverbend in 1992 I took a couple years for family time but I never strayed from the Guild making four trips to Russia for the projects that grew out of the gathering in Guelph that put us under the spell of Lance Lee and Atlantic Challenge.  It was during this period that I first became a Guild board member.

At the Guild conference in Texas in 1993 it was discussed that the folks at Blue Ridge Timber Frame in Virginia might be needing a boost.  A group was formed to see if help could come from concerned Guild members as the folks at Blue Ridge were highly regarded within the Guild.  At the same time I was ready to get back to work and as one thing lead to another I packed the family and headed to Virginia to pick up the reins at Blue Ridge.  With tremendous help from Blue Ridge co-founder Al Anderson we morphed Blue Ridge Timber Frame into Blue Ridge Timberwrights, due largely to the great team that has assembled, which continues to prosper and make a difference some 25 years later planting tremendous structures around the country and the globe that, in the words of one lady I met in a pavilion we did in Tennessee " This is the reason we moved here. This changes lives!"

Like the many threads that are the Guild Al and his co-founder Steve Arthur had come to a Riverbend workshop back in the early 1980s to get their timber framing primer.  Much in that vein and notwithstanding the magnificent structures we are all leaving as a legacy that will far outlast our "few bright hours" it is the journey; the people, the places, the friends in clients, suppliers, admirers and peers that are the reward of this chosen life path. 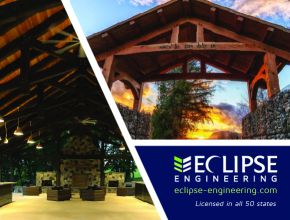