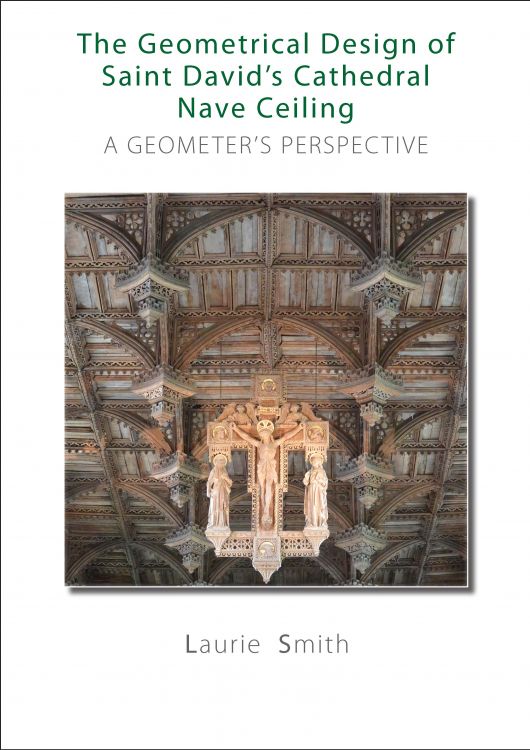 Known as Ty Ddewi (David’s house in Welsh), Saint Davids Cathedral stands at the outermost tip of a peninsula reaching westwards into the Atlantic ocean and has been a place of spiritual pilgrimage for almost one thousand five hundred years. It was built from purple stone quarried from the coastal cliffs at Caerfai by the Normans between 1180 and 1220. When the Norman nave arcades developed an outward lean due to poor foundations and a 13th century earthquake the solution was to remove the original high roof and replace it with a low roof over a flat ceiling with arch braced hanging pendants in preference to a heavier masonry vault. It is the design of this unique and exquisite oak framed pendant ceiling that is the subject of the book. The book’s text follows the path of observation, recording,  analysis and design reconstruction of Saint David’s extraordinary nave ceiling. The observations were initially visual and subsequently photographic, with photographs being taken from the nave floor directly beneath specific elements of the ceiling. The analysis and design reconstruction were carried out geometrically on computer, working directly from the photographs but simultaneously through a series of geometrical independent geometrical constructions. There are sixty photographs and drawings recording this process, linking what can be observed from the cathedral floor, exploring how the concept of the ceiling might have evolved geometrically and how it was converted into the magnificent timber structure that has crowned Saint Davids’ nave to the present day. The photographs, geometrical drawings and related text offer an illustrated step by step description of the design’s origin and evolution. Additionally, two appendices record the finding of a scribed daisy wheel based symbol found on one of the ceiling’s floor boards and it’s interpretation and the geometrically designed helmets of carpenters or masons found carved into the arms of the cathedral choir’s choristers’ seats.