The first really big project that the Timber Framers Guild took on, in Hanover, Pennsylvania, in 1989, was to design and build a house frame that we donated to Habitat for Humanity, which is devoted to a direct solution to the low-income housing problem.  Habitat for Humanity approached Tedd Benson with the idea; he brought the proposal to the TFG board, it took flight, and Tedd managed the project.

The object of the design was to achieve a house that was small, simple pleasant, and capable of interesting variations. Katherine Cartrette was architectural designer.

The fabrication concept was novel: timber framers all over the country, or timber frame shops, would each cut a piece (or two) of the frame, bring them to the site, and assemble and raise them.  Coordination was everything.  Shop drawings were distributed to the volunteers. Response was so favorable (almost 300 framers or shops took part) that we decided to build two frames, not one. Intriguing challenges included developing a standard language for layout and checking and achieving standard size for pins and pinholes. In anticipation of miscut timbers, a supply of spare timbers waited on sawhorses, together with "ten of the fastest timber framers in the Guild."  Altogether, roughly 400 timber framers helped build the structures.

Notable aspects
Collaborative, cross-country cutting. Ridge Shinn organized the nationwide transport of the many pieces too big to bring to the conference (most of them). 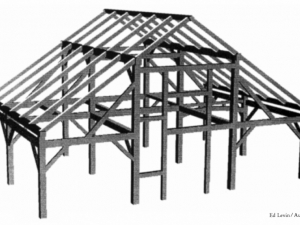 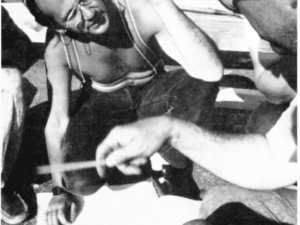 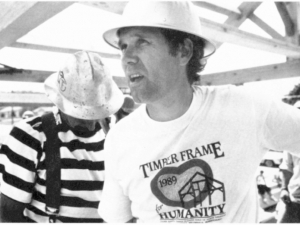 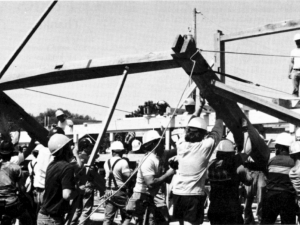 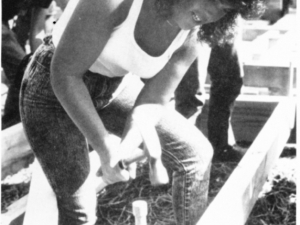 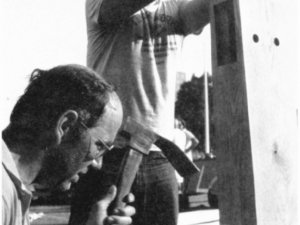 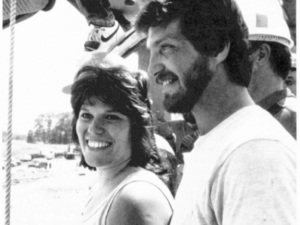 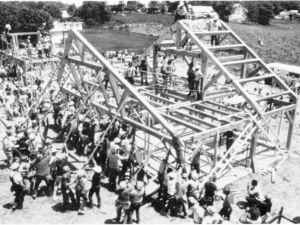 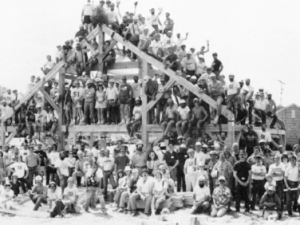 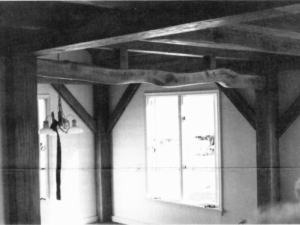 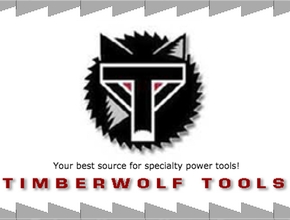